10 years later: Former student reflects on the ‘MLK Party’ at Tarleton that made news around the nation

Today marks the 10-year anniversary of an incident that put Tarleton State University in headlines across the country. On Jan. 16, 2007, Tarleton students participated in a ‘MLK Party’ on the national holiday commemorating Dr. Martin Luther King Jr.’s birthday. The party, however, was anything but a celebration of the late leader’s legacy.

The controversy arose when photos showing party-goers wearing costumes portraying stereotypes of African-Americans, were posted to Facebook. One photo showed a white female student dressed as Aunt Jemima. Another showed a white male party-goer wearing a t-shirt that read “I love Chicken’’ and another male was dressed as the stereotypical ‘hip-hop gangster’. Several party goers wore Afro wigs or bandanas and posed with bottles of malt liquor (also known as “40s”), fried chicken and fake guns. Most of the people pictured at the off-campus party were white, though there were a handful of non-white students (including African-Americans).

Donald “D-Ray” Elder was the Tarleton student who first reported the incident to the Stephenville Empire-Tribune. At the time, Elder was a very active 27-year-old student involved in ROTC, Chi Alpha Christian Fellowship, Young College Democrats, and Tarleton’s radio station. 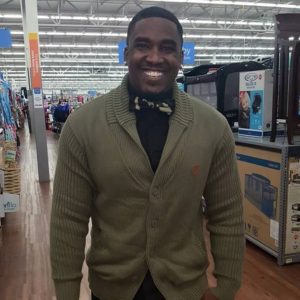 Donald Ray Elder, now 37, was the Tarleton student who reported the controversial party.

Elder initially attended Tarleton in 1998, but took a break from college to serve in the military before later returning to Tarleton in 2005. At the time of the 2007 incident, he was married to his now ex-wife who had recently given birth to their second son. He was pursuing his bachelor’s degree in political science with a minor in military science.

This story is based on an exclusive hour-long interview with Elder, who says he has not spoken publicly since the controversy.

Elder was packing for a Southwest Student Leadership conference at Texas A&M University, when he received an email from another black student at Tarleton. Elder explained that the student found out about the party through Facebook, which was at the time restricted to college students only. 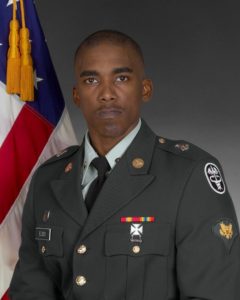 Elder served in the U.S. military before returning to Tarleton in 2005

That student told him: “One of our white brothers posted a photo album on Facebook and I know you’re the NAACP president so you should go check it out,” Elder recalled.

Elder said he cannot remember the name of the student who informed him about the party’s photo album. “He kind of predominantly hung out with white people so it was kind of a shock to him…I told him I’m busy. He wrote me back and said ‘No, look at it now’. And so, I looked at it and I was like ‘whoa’ and so I just downloaded all the pictures. I saved the album. I downloaded all the pictures from the entire album” Elder explained.

Elder said that he also emailed the student who posted the pictures of the party on Facebook.

After emailing the student who posted the party’s photo album, Elder and a friend informed the then director of the Center for Diversity Initiatives (Also known as CDI, which is now the Office of Diversity and Inclusion), about the incident. He was told the incident would be a judicial affairs issue, but when he reported the party to judicial affairs, he was told that it was an issue with CDI. The CDI director who is no longer at Tarleton could not be reached for comment.

The party and its fall out all took place under a previous administration at Tarleton. President Dominic Dottavio took office the year after, in 2008.

Elder’s friend, Sammie Coplin, was also involved with ROTC and CDI. Coplin decided that the incident needed to be reported to the news media. Elder and Coplin both drove to the Stephenville Empire-Tribune office and handed over the thumb drive with the pictures from the party.

“…And two hours later, it was national news,” said Elder. “That’s when the phone calls started, the emails– everything.”

Elder explained that when the story hit national news, he, his wife, and children began receiving death threats.

Elder said that his wife called him and told him about the threats. One person told his wife that their sons “better watch their steps.” The situation, Elder said, “started getting real, really quick.”

Elder said that CNN and Fox News were among the news stations that were soon on campus reporting the story.

He was advised by campus police to stay in his apartment, deactivate his social media and “monitor” phone calls due to the death threats.

Tarleton officials also held a forum for students and others to discuss the incident. There were two microphones provided for questions and comments from the audience – one microphone was on the right side of the audience and the other microphone was on the left side. Elder described a racially divided audience. “It was almost like the black students ended up on the right and the white students ended up on the left. It was kind of like ‘they’re over there’, ‘we’re over here’.” 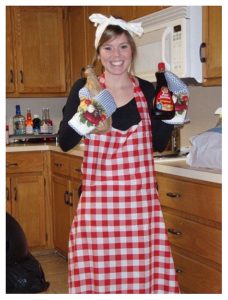 Elder said he and several other students who were at the forum to “heal”, felt that many were still viewing the situation as a laughing matter.

“One of the white professors sat among the students and he said he could hear the snickering [and] the laughing,” Elder recalled. “They were blowing the situation off. They were not taking it serious, you know, and they were just kind of like ‘Cool. Nothing is gonna happen. We’re good. We’re just gonna throw another party”.” Elder said.

When a San Angelo based Ku Klux Klan chapter found out that the university was going to take disciplinary action against students who participated in the party, KKK members traveled to Stephenville to hold a rally in protest.

“And then to top all of this off, the Ku Klux Klan comes and marches in downtown Stephenville,” said Elder.

Elder said that prior to the rally in downtown Stephenville on March 17, 2007, Klan members wore plain clothing and handed out flyers to students to promote the event.

“One of the CDI student workers had the flyer and brought it and said ‘Yeah the Ku Klux Klan is on campus passing out flyers’,” Elder explained.  Elder said when Tarleton administrators found out about the flyers, they assured students that the Klan’s presence on campus was not condoned by the university.

Elder said he and his friends wanted to conduct a counter protest across the street from the Klan rally, but were denied a permit to do so by the city of Stephenville.

“And so, we felt like they were doing everything to protect the Ku Klux Klan because they gave them a van – a bullet-proof van. They gave them security. They just, like, rolled out the red carpet for the Ku Klux Klan” Elder said. “And I know you have freedom of speech, (so) you can do that.”

Elder said that he and his friends ended up having to hold the peace rally at the Stephenville Park on West Long Street, which could not be seen by on-lookers blocks away at the actual Klan rally. 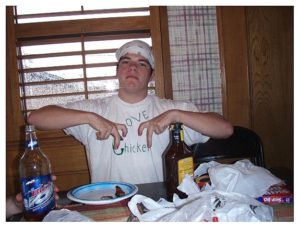 “I love Chicken” is written on the t-shirt of this male party-goer. Pictures from the party, such as this one, can be found with a quick google search. Photo courtesy: thesmokinggun.com

“What was different about it was not only the effort, but that they (the people at the party) covered so many different eras,” Elder explained. One white female student was dressed as Aunt Jemima, while other white male students were dressed as famous African-American athletes. “The outfits were well-thought out,” Elder said.

Elder said he paid a price for bringing the party to the attention of the news media.

“After nothing happened to the student(s), I became a target. Everything about me was challenged– my intellect, just everything…” Elder said. Elder also said that the situation was downplayed not only by students, but by residents in Stephenville as well, including members of the church he was attending at the time. Elder said he was pulled aside by fellow church members who would tell him that the party was nothing more than a joke and should not be taken seriously.

Elder said that he ended up not graduating and dropping out of college for the second time in 2007, a decision he now regrets. He plans to go back to school to finish his college career and graduate, but says that Tarleton may not be where he completes the rest of his college education.

“That (constant scrutiny) bothered me (for) a year. I dropped out of college,” Elder said. “When opposition came, in the end, I crashed and burned.”

The backlash against Elder over his role in publicizing the party coincided with a difficult period in his personal life. He says the marriage to the mother of his two sons was starting to dissolve.

Elder said he was “not at all” satisfied with how the incident was handled by university administrators. As far as he knows, the students who participated in the party did not face serious consequences from the university. Elder says he feels that the administration didn’t do enough to help the other black students feel more comfortable at the university.

Elder said that he believes students should have been taught the importance of understanding cultural differences after the incident. He even suggested that Tarleton hold a “cultural day”. “I’m not saying we should keep it (memories of the incident) alive, but that’s exactly how it happens again,” said Elder.

As for the student who posted the pictures of the party on Facebook, he did apologize to Elder.

Elder is now 37 years old and resides in Fort Worth. He is re-married and works at a counseling center. Elder is also a Christian rapper who was a nominated finalist for the KHVN Heaven 97 Homegrown Rap Artist award and for Hip-Hop Artist of the Year in the Fort Worth Music Awards contest. As of now, Elder is nominated for the Crunk For Christ Hip-Hop Artist of the Year award. In addition to that, Elder also volunteers at his local gym to help others improve their health and fitness.

Elder said that the death threats his family received still affect him today. Because of them, he keeps Facebook photo albums with his sons under private settings.

“If I ever speak out against injustice or racial issues again, I don’t want anyone targeting my children,” he said. He participates in community forums and rallies regarding race relations- including protest marches against police brutality.

Elder’s advice for Tarleton’s current student body is to socialize with others who are different from them.

“When you fail to know your history, you’re doomed to repeat it. When you don’t know what’s going on around you, or you don’t care to know, it’s going to repeat itself,” he said. “I would want them (current students) to know ‘Hey this happened, so don’t get so comfortable that you don’t learn how to open up with your white friends or your Hispanic friends, your fellow students’.”

“And teach them” he said, “about cultural differences and what’s right and what’s not right.”