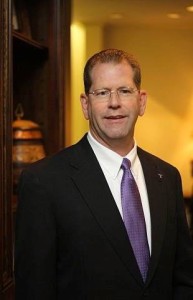 By Rachel Peoples and Bethany Kyle—

The current investigation on Vice President for Student Life Rusty Jergins is not related to the previous investigation concerning Jergins’ ethics violation last March. Stephen Moore, the vice chancellor of marketing and communications for the Texas A&M University System, told Texan News that the initial investigation has been completed.

“The investigation last year was completed, but the results are not available as a public document per the OAG,” he said in an email. “The current investigation is indeed separate from last year’s.”

Jergins has been placed on administrative leave for unknown reasons. Tarleton President Dominic Dottavio said he does not know when Jergins will be back. “There’s nothing more that I know than was written in the paper,” he told Texan News. “It is being investigated by the Texas A&M University System.”

Student Body President Jay Johnson said he is “in the dark” concerning the investigation. “I was kind of caught off guard by it,” he said. “Everybody was caught off guard.”

Jergins was investigated by the university system last spring for inviting Tarleton Transition Mentors to help him with his campaign signs while they were at his house for a university-sanctioned dinner. See that story here.