Tarleton State baseball is back. Fresh off a fourth straight 30-win season, the Texans will make their season debut Feb. 5 at Minute Maid Park in Houston. They will play four games in four days, starting with Winona State. Bryan Conger is entering his seventh season as the Texan skipper, boasting a 183-131-2 record and two NCAA tournament appearances. 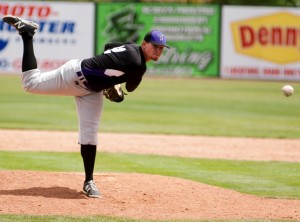 Twelve players are returning from the team that swept the Lone Star Conference tournament last season and finished third in the regular season standings. The number “3” is a trend for this year’s team. The Texans were picked by coaches and media to finish in third place in the LSC and look to make their third trip to the NCAA playoffs under coach Conger.

There were three players named to the Preseason All-Region team: 14-game winner Colton Burleson, 2014 ABCA Gold Glove center fielder Kevin Meredith, and slick-fielding short stop Evan Robinson. The team is looking to automatically qualify for the NCAA tournament in consecutive seasons after doing so for only the third time in the program’s history in 2014. Conger was also successful in convincing three Division-1 athletes to bring their talents to Stephenville. This will also be the third consecutive year for the Texans to open the season at Minute Maid Park.

After the four games in Houston, the Texans will travel to San Antonio to play a three game set against St. Mary’s University before making their home debut the following weekend. Tarleton State will host Texas A&M International for four games, starting at 3 p.m. on Feb. 20 and concluding with the rubber match Feb. 22 at 1 p.m. The next 35 of 36 games will be played against LSC opponents.

The first half of LSC will consist of a four-game series with the teams playing Friday through Sunday. The Friday and Sunday games are each nine-inning affairs, and Saturday will be played as a double-header. The second half of conference play will be at the opposite location of the first meeting, as each team in the conference will face-off seven times. The three game series are played on Friday and Saturday, in a 9-7-9-inning format.