President Dominic Dottavio says he hasn’t made any decision on whether to accept a potential Division I invite, and that he has no plans to leave the university anytime soon.

A recently released feasibility study from Collegiate Consulting concluded the Southland Conference, consisting of Tarleton’s peer institutions, is the “most geographically desirable conference” for Tarleton.

But the study also says that the Western Athletic Conference “has expressed tremendous interest in Tarleton State joining the conference and serving as a travel partner for the University of Texas–Rio Grande Valley.”

If Tarleton joined the WAC, the university would need an affiliate conference for its football program. In the study, the Southland Conference was used for Football Championship Subdivision benchmarking purposes, due to the WAC’s lack of established football program. 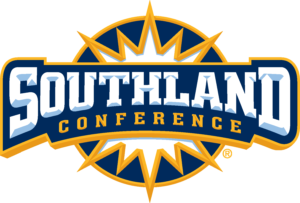 According to the feasibility study recently released by Collegiate Consulting, the Southland Conference is the most geographically desirable conference for Tarleton. Photo from southland.org

“Some representatives from the WAC came to Tarleton a couple of months ago just for an informal visit to see what the campus looked like and to meet with our athletic director,” Dottavio said. “There’s been nothing formal with them since 2003 when Tarleton was considered for membership in the Southland conference, and since that time, it’s been primarily informal conversations between the athletic directors of the conference and our athletic director.”

The study also suggested the university is well positioned to successfully move to Division I due to its strong academic background, size, enrollment growth and history of athletic success. A best-case scenario would be an invitation to join a conference prior to the June 1, 2018 application deadline. Tarleton would submit its membership application and strategic plan on June 1, 2018 and begin its year one in 2018-19. Since the process to full NCAA Division I membership takes four years, Tarleton would become a full member starting the 2022 athletic year.

“I would not say we are clueless about the possibility of receiving an invitation,” Dottavio said. “There certainly has been conversation about us being on a list from a couple of conferences about being one of their new members… The formal transition to go from Division II to Division I is four years. That’s the period of time you’re on probation as a potential new member of a conference. Teams can compete, but cannot compete for conference championships and post-season play.”

Whether Dottavio has made a decision to accept a potential invite, he says there has been no offer and no decision to make until there is an offer. Dottavio said the Division I Task Force still has materials to collect to add to the body of work it has put together.

“It’s an enormously complicated decision. I believe we really need to collect as many ideas, opinions and facts as we can before the decision is made,” he said. “I believe our ability to predict what anyone conference might be thinking at any moment of time is very difficult for us to do.” 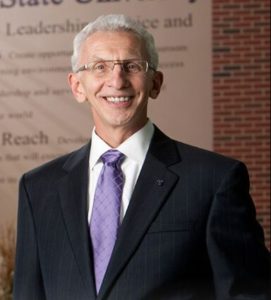 Dottavio has served as university president for 10 years. Photo courtesy of tarleton.edu

“As president, I’m used to making difficult decisions. It’s a part of the job,” he continued. “The good news for me is I have an incredibly talented staff across the university, regardless of division. A decision like this and the implementation of that decision, if we did choose to go to Division I, is going to be a difficult one. It would take a great deal of time and effort… I think intercollegiate athletics continues to evolve and change, and so I wouldn’t want to make a hard and fast decision now on something that may or may not be a decision point for months or years to come.”

According to a study by the American Council on Education, today’s college presidents are serving notably shorter tenures, with the average span of college presidency in 2011 being seven years. Dottavio is serving his 10th but says he has no intentions of leaving any time soon.

“If there is [talk of my retirement], it isn’t by me,” he said. “I have not announced in any way my intentions to retire, so if there is any conversation at this point, it’s really speculation. I am 66 years old, I expect it would be natural for people to wonder how long I would be here.”

Dottavio said important factors to weigh with a potential Division I transition are 1) the ability to help the university reach its vision statement, 2) to live out the university’s core values and 3) to understand that a decision wouldn’t exclusively be about athletics, but also the university’s identity.

“I don’t believe we would regress by remaining in Division II,” he said. “Division II is a great place to be. It has what is called a “life in the balance” approach to athletics that provides for what I think is a very reasoned approach to how you focus on academics, but also provides a competitive athletic environment for our students. Moving to Division I would be about whether or not we think it helps us live out the vision statement, live out the core values in an effective way, and move the university toward larger aspirations it might have in the decades to come.”

The feasibility study and benchmark can be found online at http://bit.ly/2q5LPxp