If I had a dollar for every time someone told me that I’d never get a job if I were covered in tattoos, I wouldn’t need a job in the first place. Tattoos are something that are generally frowned upon by people in the professional world and those who remember where they were the day that Kennedy was shot.

The majority of the time, the factor in determining if someone will like or even accept the idea of a tattoo often depends upon a person’s age. People of retirement age tend to relate tattoos to ex-cons and gang members. It became common after World War II for tattoos to be seen on the skin of juvenile delinquents and biker club members, so the association isn’t unjust. 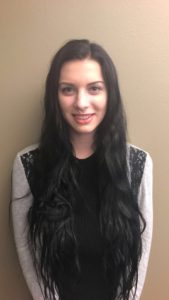 But what people often don’t know is that tattoos date back to the Stone Age. According to the South Tyrol Museum of Archaeology, in 1991 a frozen mummified body was found in the Otzal Alps, near the border between Austria and Italy. The body of “Otzi the Iceman” dated back 5,300 years. Sixty-one tattoos were discovered on Otzi’s body, most of them corresponding to acupuncture joints. For whatever the reason, tattoos were being practiced in 3250 B.C. making their way to Egypt and then through Europe, tattooing became a symbolic art. It was a common practice for Egyptian women to be marked with tattoos during pregnancy as a form of protection during childbirth. In the 19th century, tattoos became prominent in high society when it was rumored that Lady Randolph Churchill, the mother of Sir Winston Churchill, had a snake tattoo on her left wrist.

Whether exemplifying an elite class, protecting the human body, or simply claiming someone as property, tattooing has served as a method of representation. In present day, tattoos are used as a form of expression. They can symbolize love, loyalty, personal growth, or even pain from the past.

Tattoos serve a purpose. They tell a story when words just aren’t enough. Tattoos are not only a part of someone’s flesh, but they reveal a piece of the soul. Why then are they so frowned upon by society? Is it because someone deemed them as trashy and the reputation struck permanency? Or is it because they are just misunderstood? Regardless of the reason behind their unacceptance, tattoos are becoming ever so popular with the millennial generation.

It often seems more common to meet someone with at least one tattoo than it is to meet someone with fresh virgin skin. Though working class employers are loosening their restrictions on employing tattooed individuals, visible tattoos often prevent someone from achieving gainful employment in the corporate world. As millennials enter positions in management and begin to influence company rules and regulations, there is hope that the judgmental eye will become permanently blind to hard working men and women who chose to express themselves through the beautiful art of tattooing.