Get to know the 2017 Homecoming Court Nominees

Tarleton State University’s Homecoming Week is now upon us. Many of the traditions and events are underway, including the announcement of the 2017 Homecoming King and Queen Nominees, which was released on Oct. 20 via the Student Government Association’s Twitter page.

Marc Martinez poses with one of the Purple Poo. Photo courtesy of Martinez’s twitter.

Marc Martinez is a senior, majoring in Mechanical Engineering Technology. He is a member of the Farmhouse Fraternity. His favorite tradition is beating the drum. Martinez says he enjoys Tarleton because he likes “the small town home feel.” 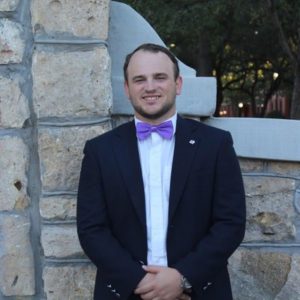 Wade Johnson is a senior, majoring in General Studies. Johnson is a two-year Tarleton Transition Mentor(TTM) and a two-year Orientation Staff member. He was a member of the Texan Reps, RFY (Re-Imagined the First-Year experience) subcommittee and the 2017 Bonfire Executive Committee. Johnson was also a Sigma Chi Exec, a Delta Phi Epsilon Beau and a Tarleton Ambassador. Johnson’s favorite tradition is drumbeating. He says what he loves the most about Tarleton is the “size and how special the Tarleton family truly is.  “Tarleton has helped shape me into who I am today and I will forever be thankful of this university,” Johnson said. 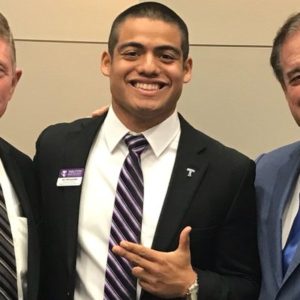 Tarleton. Hernandez says his favorite tradition is the Candle Lighting Ceremony and that “seeing the incoming class light the candles and officially start their Tarleton journey is unlike any other feeling in the world.” Hernandez says that what separates Tarleton from any other university is “their ability to show every student that we are one big family. It doesn’t matter where you come from, what you have, who you know, if you are willing to put [back] into all TSU has to offer, you’ll be a better person for it every day.” 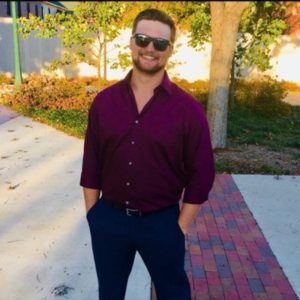 Lee Smith is a senior. His major is in business management and his minor is in economics. Photo courtesy of Smith’s Twitter.

Lee Smith is a senior studying business management with a minor in economics. Smith is an Alpha Gam Man and is a member of the Plowboys and Tarleton Lacrosse Club. He was formerly president of Texan Reps as well as a member of the Big Brothers and Big Sisters of Stephenville. Smith’s favorite tradition is the bonfire. He says he takes pride in the bonfire because of all of the hard work that goes into it and “how it’s something that bring so many people, ranging from students to alumni and the residents [of Stephenville] together to enjoy fellowship and companionship.” Smith is a “third generation Tarleton student” and says that it is “so much more than just school to me. This is genuinely a part of my life.”

Matt Hill was not available for an interview by the time this article was published.

Ansley Jenkins is a senior with a major in psychology and a minor in criminal justice. Jenkins is the president of the Delta Phi Epsilon sorority and a member of the Psi Chi National Honor Society. She is also Student Director of the 2017 Bonfire. Her favorite tradition is the Purple Poo. She says her favorite thing about Tarleton is “how welcoming it is.” Jenkins says, “We are all a big family here.” 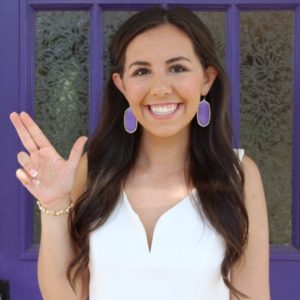 Melina Mueller is a senior, majoring in interdisciplinary studies. Mueller was a member of the Freshman Representative Council from 2014-2015. She is a TTM and Senior Residential Leader(RL). Mueller was the recipient of the John Tarleton Spirit Award and is the Student Government Association congressperson for the College of Education. She is a member of Delta Zeta Sorority and served as various chair positions. Mueller says her favorite “serious tradition is Silver Taps” and her favorite “fun tradition is Midnight Breakfast.” She says she likes Tarleton because of its “ability to shape people into the best versions of themselves.” Mueller believes she has found her family at Tarleton and that “it has inspired me to be the best version of myself, while inspiring others to do the same. Tarleton has a unique ability to bring people together and create life-long bonds.” 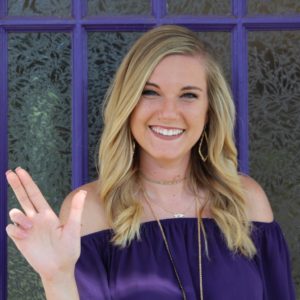 Ashley Armstrong is a senior business marketing major. She is in the Delta Zeta sorority, Panhellenic Rho Gamma and Phi Gamma Beta. She is a TTM and a Texan Rep. Armstrong was a member of the Panhellenic Executive Board and the FYS (First-Year Seminar) Committee. Armstrong says her favorite tradition is the Silver Taps because “it is such a humbling experience to hold someone’s flame and to know that one day, someone will hold my flame and lay it to rest. It really shows that no matter what, you will always be in the Tarleton family.” She loves Tarleton because of the family dynamic. She says, “Tarleton has given me so many opportunities to push myself and has given me my best friends. I am forever thankful for what Tarleton has offered me and will always bleed purple.”

Cristina Neeley is a senior with a major in interdisciplinary studies. She is the Vice President of Programming for the Delta Phi Epsilon sorority. She’s also a member of Renaissance Scholars and is a Texan Rep as well. Neely has worked at the welcome center as a tour guide for almost two years. She was a TTM for the class of 2020 and she competed in May Fete during spring of 2017. Neely’s favorite tradition is Silver Taps because she thinks “a critical aspect of maintaining tradition and remaining humble is reminding yourself of why you are where you are today and Silver Taps serves that purpose for Tarleton.” Her favorite thing about Tarleton is the “connection to tradition and engagement of the student body.” Neely says, “There is no other place where you get the interaction of administration and students and spirit groups. And, I think it plays a crucial role in the success of students.” 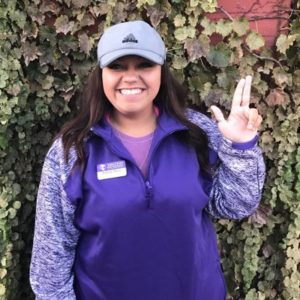 Madi Minor is a senior Child and Family Studies major with a double minor in psychology and social work. Photo courtesy of Minor’s Twitter.

Madi Minor is a senior, majoring in child and family studies with a double minor in psychology and social work. Minor is a member of the Tarleton Activities Board Executive Team, and Delta Zeta Sorority. She is a member of the Vice President Student Advisory Board and Gamma Beta Phi Honor Society. Minor is a three-year TTM veteran who served for one year as Student Director from 2016-2017. She is also a Tarleton Ambassador and an intern in Student Involvement, Tradition, Spirit and Family Relations. Minor’s favorite tradition is the Silver Taps. She says, “Tarleton has offered me a chance to be able to be a shoulder to cry on and support if even only for a moment. Being a part of the Silver Taps ceremony is a blessing and I am so thankful for the opportunity.” Minor loves that Tarleton has pushed her out of her comfort zone. She says what she loves most about Tarleton is that “in this process of growing and learning, I met friends that I can call family that are supportive of my journey.”