Leslie ‘Tish’ Lecroy, hails from Sweetwater and is one of the three candidates running in the 2016 election for Erath County Sheriff. Lecroy has been a resident of Erath County for almost 20 years now, where she spent 15 of those years working as a sergeant at the Erath County Sheriff’s Office and obtained her bachelor’s degree in art at Tarleton State University.

Lecroy expressed that her inspiration to be in law enforcement came at a very young age.

“My best friend and I in elementary school used to play ‘cops,’ but we never had any robbers. Actually, we were Nancy Drew detectives,” said Lecroy. Although the inspiration came at a young age, Lecroy knew it was, in her words, “more than a just a child’s dream.”

“I attended Tarleton originally in 1988 when I got out of high school. I met my first husband there. We married and moved off to Sherman and had two great kids. When I was up there, I was working at a retail job where I would catch shop lifters, and I thought, ‘You know, I can do this,’” said Lecroy. “That’s when I began talking to the officers who came in and out of the business, and then I decided that’s what I wanted to do. I switched my shift to a night shift and started going to the academy during the day.” 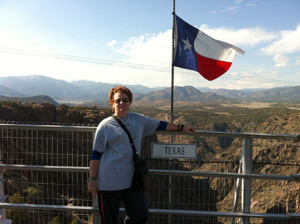 Lecroy attended the Texoma Regional Police Academy in Denison, where she graduated in November 1993, and after gained certification in January 1994. After graduating from the academy, Lecroy began her 21-year-long career as a Texas peace officer.

“My first husband is originally from Dublin, so we moved back here (to Erath County) in 1997, and I started with the Erath County Sheriff’s Office as a reserve and was hired on full-time in ’98,” said Lecroy.

Lecroy held a position as sergeant at the Erath County Sheriff’s Office for 15 years before deciding to resign with intentions to run for sheriff herself.

“I left the sheriff’s office in 2013 with the intent that I was going to run for office,” said Lecroy. “Now I’m working at Tac Pro, a firearms training facility, learning just how much I don’t know about firearms and getting lots of great ideas for when I do take office about how to up the training. I’ve also been campaigning.”

Along with the ideas Lecroy has created while working for Tac Pro, she has many more she would like to implement if she wins the 2016 election.

“When I win, one of the main things I’m going to do is training. Police officers make decisions that affect people’s lives. They should have more than basic, minimal standards… I’m going to go through everyone and see who is basic and start bringing them up, way above par. I want one of the most highly trained departments we can have,” said Lecroy.

“The next thing I’m going to do is start making concrete bonds between Stephenville, Dublin and the sheriff’s office and Tarleton and the sheriff’s office. So that, if somebody commits a crime in Dublin, we know about it so we can look for it in the county, because people don’t just stay inside the green signs,” said Lecroy. “We’re not communicating, and we never have. Somebody could be wanted for burglaries in Dublin, and we could have burglaries in the county, but we’re not talking to each other, so we don’t know it’s the same person.”

Lecroy also believes that Erath County needs to work on its “community.”

“I think we all have to work together, whether it be the police officers or the people living here. There are 16 deputies looking out for 1,074 square miles… that’s 16 pairs of eyes. Through Facebook, social media, community meetings and open forums, we can turn that into 17,000 pairs of eyes looking out for each other, and I would really like to see us look out for each other,” said Lecroy.

With Stephenville and Erath County as a whole growing, Lecroy believes that planning is a must.