Professor of law at Stanford University Michele Dauber came to Tarleton State University to speak on the topic of how college campuses are handling and reporting sexual assault cases.

Dauber is a key person in the movement to recall Judge Aaron Persky, who sentenced former Stanford University student Brock Turner to only six months in jail after being found guilty of three charges of sexual assault.

Dauber brought up recent cases that have been under scrutiny such as the Stanford case and the Baylor scandal as well. Sexual assault cases like those fall under violations of Title IX, a federal law that prohibits discrimination on the basis of gender identity in educational programs and activities. According to Tarleton’s Title IX website, violations of Title IX such as sexual assault can alter a victim’s performance in their work or education as well as create a hostile environment.

Since Dauber is a faculty member of Stanford, her research statistics that she presented compared Stanford to related schools. Her research concluded that Stanford was making it to where their sexual assault climate survey results would be lower than what it actually is. These surveys did not include incidents involving drugs or alcohol in the percentage, which lead to the conclusion that 1.9% was the alleged result of sexual assaults that have taken place. 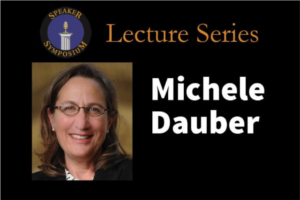 After including all of the factors, Dauber was finally able to conclude that 38.8% is the real total. All of the other ivy league schools’ results were in that number range as well.

Dauber calls for schools nationwide to have the same climate surveys so that they don’t have the ability to alter the results. Dauber said by making them all the same, it creates a leveled playing field, which should make the schools want to improve their handling of cases better than its competitor schools so that their percentages will show that as well. “And that’s what we have to do is take away their incentive to lie,” Dauber said.

When answering questions about her lecture, one student asked, “How do us as students demand that (a climate survey) from the university?” Vice President for Student Life Laura Boren responded, “Tarleton is part of the Texas A&M System…the Office of General Counsel has told all universities of the A&M System to not do a climate survey because they’re putting together one that we will all do the same.”

Boren then handed the floor over to the substance abuse and violence prevention program coordinator, Caris Thetford and asked if there was any update on that to which she said, “Darren and I chatted the other day and he said that he expects to hear something this month that we may be getting the go ahead, and may be getting the final instrument…” Thus, a climate survey is underway.

Dauber went on to say that whether a university is good at handling Title IX cases, it is still their job.

“This is part of what we do and we shouldn’t be able to dodge the obligation by saying ‘Oh we’re just not good at this.’ We need to figure out how to get good at this,” Dauber said.

Dauber’s presentation was part of the Speaker Symposium Lecture Series hosted at Tarleton. The next guest speaker scheduled to give a talk will appear on Monday, Nov. 7 in O.A. Grant Humanities Building, room 118 at 7:30p.m.