When Julie Mata stepped down from her position as head coach of the TexAnn Softball program to finish her doctorate, Mark Cumpian was given the opportunity to take her place. Cumpian said he had mixed feelings when Mata stepped down. He looked up to Mata; she gave him his first colligate coaching job and she always demonstrated a lot of motivation. 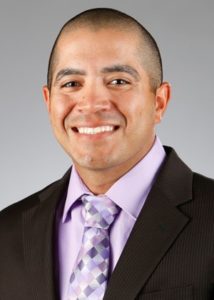 Before becoming head coach, Cumpian was the assistant coach to Mata. When he first started coaching the team, he was also the pitching coach. Over the past few years, he was the batting coach. Cumpian wanted the job as head coach because he wanted the team to be coached by someone they knew. Although he was their coach in the past, he said “I don’t know if there’s anything that can prepare you to be head coach.” Cumpian said that it’s similar to his previous position as assistant coach, but has more responsibility.

Cumpian plans to follow in Mata’s footsteps by keeping the coaching method the same. The only thing he is doing differently this season is implementing new values. The first of these values is discipline. Cumpian emphasizes that “We’re making sure we do the little things right, and that’s on and off the field.” The second value is “Ohana,” which means family. Cumpian says “this is our family and we want to make sure no one gets left behind.” Another value is pride. Cumpian said the girls go through a mental training program, which teaches them that pride means “personal responsibility and daily excellence.” Finally, he says that work ethic is important and he is determined to “create good people on and off the field.”

Cumpian also plans to put more emphasis on defense this year. Although the team has been able to achieve a batting average of over .300 the past two years, Cumpian says that defense needs to improve if the team wants to go far. “Obviously you’ve gotta score to win anyway,” he explains, “but defense has been our weak point the past couple years.”

This year the team has eleven newcomers and nine returners. With the team being so new, Cumpian expresses the importance of finding an identity early on in the season. He says that chemistry is important in creating a successful team, and that’s what he hopes to build. If this happens as he says it should, he believes that the team has the ability to go far and make it to the playoffs this year. “If we can build that chemistry,” says Cumpian, “I think we’re gonna give ourselves the best chance to make the playoffs.”

The TexAnns have gone 7-4 in the preseason and look to open conference play here in Stephenville, on Friday.