Recently, a controversy has arisen involving Tarleton Recreational Sports Center and its policies regarding former Tarleton State University athletes and their participation in intramural sports. According to the intramural rules posted on the Rec Sports website, the official policy on former athletes participating in their respective sport is that “only two former athletes of the Tarleton (basketball, baseball, football, volleyball) program may be on the same team. A former athlete is defined as having lettered in their respective sport. Red shirt players are not eligible to play.”

According to Rec Sports Director Robert Nimmo, this has always been the Rec’s policy on former athletes, and he explained that its practical interpretation is slightly different. 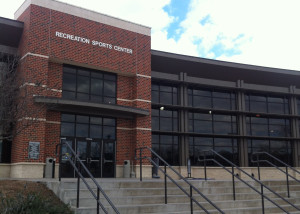 “Our rule says you can’t have more than two players who have been on a roster in the last year,” Nimmo said. When asked if the “one-year” stipulation was official policy, Nimmo reiterated that “yes, this has always been our policy.”

Additionally, the Rec Center’s official policy limits the participation of “lettermen,” which Nimmo and Sports Facility Coordinator Chuck Stein interpret to mean anyone who has been on a team’s roster. According to the Tarleton Athletic Department, to be considered a letterman, an athlete must remain on his team throughout an entire season and stay enrolled in school for an entire semester. They also must meet a playing time requirement set by their sport’s coach. For baseball, that requirement is at least one inning. Basketball and football also have stringent requirements, but their coaches were not available for specific verification. By this definition, to have been on a team’s roster at one time is not enough to be considered a letterman. In other words, the terminology of the rules listed on the Rec website does not match up with what Nimmo and Stein claim has “always been the rule.”

This discrepancy between the stated policy and the policy that is enforced came to a true controversy the night of Monday, April 11. Two co-ed intramural softball teams were preparing to compete in a championship game that evening when Rec Center student employees asked both teams if they had former athletes on their team. Both teams informed the employees that they had players on their team who had previously been on the roster of the Tarleton baseball or softball teams. However, no more than two of said players had lettered in the sport, making their team eligible to play according to the Rec Center’s online rules.

According to an anonymous player on hand, both teams were told they had to disqualify their former athletes. “The other team had illegal players as well. We tried to come to an agreement and let them play all of our players and we play ours. According to their rule (shown online), we were eligible to play as we only legitimately had two lettermen on our roster. We begged to play,” said the anonymous source.

Eventually, one team was forced to forfeit, and the softball team that was still able to field a team without the players declared ineligible by the Rec Center staff was declared the winner by default. Both teams sought to play for fun after the game was officially forfeited, but according to our anonymous source and a second anonymous witness on scene, they were informed they were not allowed to play for fun and were told to leave the field.

According to a second anonymous witness, after the teams had asked to play, knowing fully that the opposing team had a number of athletes, they were still told they couldn’t play, even after the forfeit. “The teams came up and said, ‘Can we just accept the forfeit, and let them play for fun?’” said the anonymous witness. According to their account, “at that point, (Stein’s) literal response was, ‘Hell no. You can either man-up and play each other, knowing they have former athletes on their team, or you can go home.’”

When asked about the Rec Center policy on allowing teams who have forfeited games to play on the field after, without officials or any official scoring, Nimmo said that it was not against any rules. “The field is theirs for the hour. There won’t be officials out there, but if they wanna’ play, they are welcome to,” said Nimmo. According to Stein, the ranking Rec Center official on the scene, neither of these teams asked to stay. “They just wanted to get their t-shirts and go home,” said Stein. This statement by Stein is contradicted by both of the anonymous sources.

Overall, both Nimmo and Stein stated that the Rec Center’s policy regarding former athletes in intramurals is about fairness. “We enforce this rule when it is brought to our attention by a team. We don’t really have a computer out there to check each player’s background beforehand,” said Nimmo.

Stein added that athletes playing games unfairly “ruins it for people who want to have fun. It ruins the fair shot for teams that don’t even know they are playing against a team of ex-athletes.”

As recent events have illustrated, the version of the rule that is made available on the official Rec Sports website differs from what is being enforced by Tarleton Rec Sports administration, and the confusion is causing problems for student participants and Rec employees alike.