Ruling from AG denies access to results of Jergins investigation

After a nearly three month wait since the initial requests with Tarleton and the Texas A&M University System, Texan News has received a definitive response to its request for the results of the investigation on former Vice President of Student Life Rusty Jergins.

According to the ruling for the Attorney General’s office “the system must withhold the submitted information.” 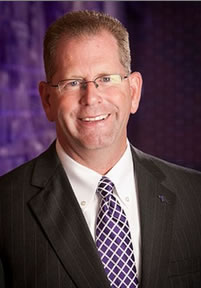 Jergins worked for Tarleton for over 30 years before he left at the end of 2014.
Photo Courtesy of Tarleton State University

The Government Code section referenced in the ruling states that “excepts from disclosure ‘information considered to be confidential by law, either constitutional, statutory, or by judicial decision.’”

These investigations of compliance programs may include matters “ethics and standards of conduct,” “financial reporting,” internal accounting controls,” or “auditing.”

The investigation by the TAMUS began early on in the fall 2014 semester and ended with the release of Jergins on Nov. 7. No information has been released by  Tarleton or Texas A&M concerning the investigation or the ruling throughout the process or since its close other than the statement regarding his release.