Student fees to be collapsed to offset cost increase

Eighteen fees Tarleton students now pay each semester will be “collapsed” or merged into a single fee starting fall 2014.  Officials say the charge is designed to make bills easier to understand and to offset increased costs.

“We are collapsing fees because we are being asked to and required by the Texas A&M University Board of Regents,” Tye Minckler, Tarleton’s vice president of finance and administration, said. “Imagine putting your income each month into 18 different bank accounts and having to balance, reconcile and report on those every month.”

For an incoming freshman taking 15 hours, fees in fall 2014 will be $612.85 compared to the $580.35 this year, according to Minckler.  He also stated that the incoming freshman’s fees will be locked in for the next four years, unless the student attends school longer.

The fee collapse is not mixed with tuition and will have no impact on it.  Fees are increasing to cover inflation, increased parking costs, and to cover the program improvements in athletics, as approved by the students. 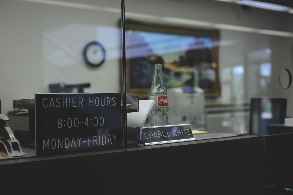 The rising fees reflect less support to the university from the state.
(Courtesy photo by Sherry Gaston)

According to Minckler, not all fees are being collapsed into a single fee.  In addition to the collapsed fee, students may also have to pay other fees, such as a fee for excessive hours and library fines, he said.

Minckler said that fees are rising because the state is contributing less to the university.  Between the fiscal years 2000 and 2013, general revenue received from the state dropped about 23 percent.  As a result of this decrease in revenue, tuition and fees increased about 12 percent.