For the upcoming school year, Tarleton State University will be cutting its ties with the Grove and Bosque Crossing apartments; students will not be housed there through Tarleton.

Two new facilities will be available for students starting fall 2016, including a new Traditions and Honors hall.

Director of Residential Living and Learning Bobby Waddell said “This has been the master plan for a long time but in order for this to happen it required a lot of planning.” 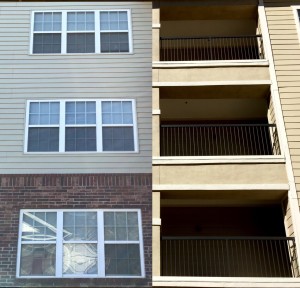 “These buildings have been in the books for up to three years and once they open the new halls, the intent was to [do] away with the off campus leases,” Waddell said.

With the number of students who want to live on campus increasing, Tarleton needed to successfully build facilities to accommodate the increase of residents. Waddell said the number of juniors and seniors who want to live on campus beyond the two-year requirement has also increased consequently by about 15% over the last couple of years. Thus, making it a challenge to accommodate housing for everyone on campus.

“Trying to accommodate the number of students who want to stay on campus and project the number of incoming students is like playing darts blind folded. This is why Tarleton needs more bed spaces.” Waddell said.

There are three construction sites on campus, but only two facilities are being built. The new Traditions Hall will have a north and south tower creating two buildings, and then the new Honors Hall building. Between both facilities there will 1,057 beds added for residents, Waddell said.

The old Traditions Hall will become an honors hall where the honors program students will be housed. The building will be renovated with the same footprint and style as before with twelve apartments at the end, offering different levels and living styles. This comes along with a courtyard and an indoor and outdoor fire place to attract honor students to those areas.

Price ranges for the new Traditions will be similar to the prices for Integrity because they will be similar. The Honors Hall will vary a little more because of the variety of room set ups which will be either a one or two bedroom units. The apartments will include full kitchens and will be priced higher. There will be a variety of prices offered which is done intentionally to be able to offer more options.

“Bosque has been wonderful to work with and the Grove has been very accommodating as well. As soon as we needed immediate bed spaces they were willing to bend over backwards to help us out,” Waddell said. “With keeping in mind that the main goal was to try to bring it back to campus housing because financially it just doesn’t make sense to lease when you can be putting that money in a facility and then owning it.”

Students who are currently living in Bosque or the Grove can continue to live there but will have to go through Bosque Crossing and Grove to renew their lease. All other Tarleton housing facilities will be done through Tarleton housing.