This story has been updated to include more information regarding Norris’ suspension from the Tarleton State University football team. 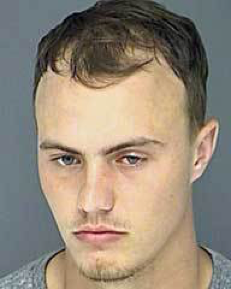 Norris was arrested for a dwi that resulted in a city power outage. Photo courtesy of inthejailhouse.com

“[The] vehicle traveled east on Washington Street, when he went off the road striking a utility pole causing it to break and damaged a second utility pole, which explains the power outage that occurred,” King said.

There were two other people involved in this accident. As for whether they got into trouble for being intoxicated, Stephenville Police Officer Robert Moore explained what the law says in regards to that. 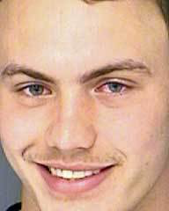 Norris smiles in this mugshot from a Public Intoxication arrest in March. Photo courtesy of inthejailhouse.com

According to Officer Moore, “everyone [involved in the accident] was drinking. If the other two subjects in the car are not the driver, they can call someone to come get them. Within minutes, their friends arrived on the scene and took them home.”

No one was injured in this accident.

Head Coach Todd Whitten said he has not spoken to Norris. Whitten added, “he’s just off the team. He was a reserved player so he won’t affect the team that much as far as football goes because he did not play very much.”

Norris has been suspended indefinitely for violation of team rules.

According to the policy from the student-athlete handbook, “Tarleton State University does not condone the use of alcohol by its student-athletes. Arrest for MIP, DUI, DWI, PI or Contributing to a Minor will not be tolerated. Any student-athlete arrested for any alcohol-related offense will be suspended from practice and competition until reinstated by the Director of Athletics. This suspension will remain in effect until all charges have been cleared.”

If you find yourself facing DWI charges like Norris, then perhaps you should call Jason Katims, a DWI defense attorney in Austin, TX, to get useful information about how to get the best possible outcome.

This is actually the second alcohol-related offense Norris has had this year. He was arrested for Public Intoxication on Mar. 31, 2017.

Texan News contacted Norris but he did not reach back by the time this article was published.